It is a very good opportunity for Thai art collectors when Mr.Rolf von Bueren, Founder of Lotus Arts de Vivre, the Thai highly-skilled jewelry and home decoration brand with international standard, together with Mr.Ralf Ohletz, the Count of Plettenberg organizing “Ralf Ohletz Count von Plettenberg Masterpieces” unveiling stunning ancient collective items from Europe and Asia including over 1,000 art masterpieces which he co designed in the exhibition for Thai collectors to witness and own. This exhibition also reflects the taste of Count of Plettenberg in selecting home decoration products. The exhibition is held at Lotus Arts de Vivre Boutique, Anantara Siam Bangkok Hotel.

Mr.Rolf von Bueren, Founder of Lotus Arts de Vivre, revealed that “I am very honored and excited to get the opportunity to work with Mr. Ralf Ohletz, who has been friends with me for several years. We are both collectors who love vintage art and history. With his work in creating several famous design concepts around the world including Sukhothai Hotel Bangkok, Amanpuri Phuket, The Chedi Muscat Oman, Setai Miami USA, and Datai Langkawi, etc. as well as his sharp eyes and wonderful taste resulting in specialness, beauty, and creativity of Ralf Ohletz with the perfect mix of art that, not only contains emotional values, but also processed historical value. Recently, Mr. Ralf Ohletz spends very little time in Thailand so to put together more than 1,000 of his masterpieces is very special and I would like to invite Thai collectors to witness and own these special items”. 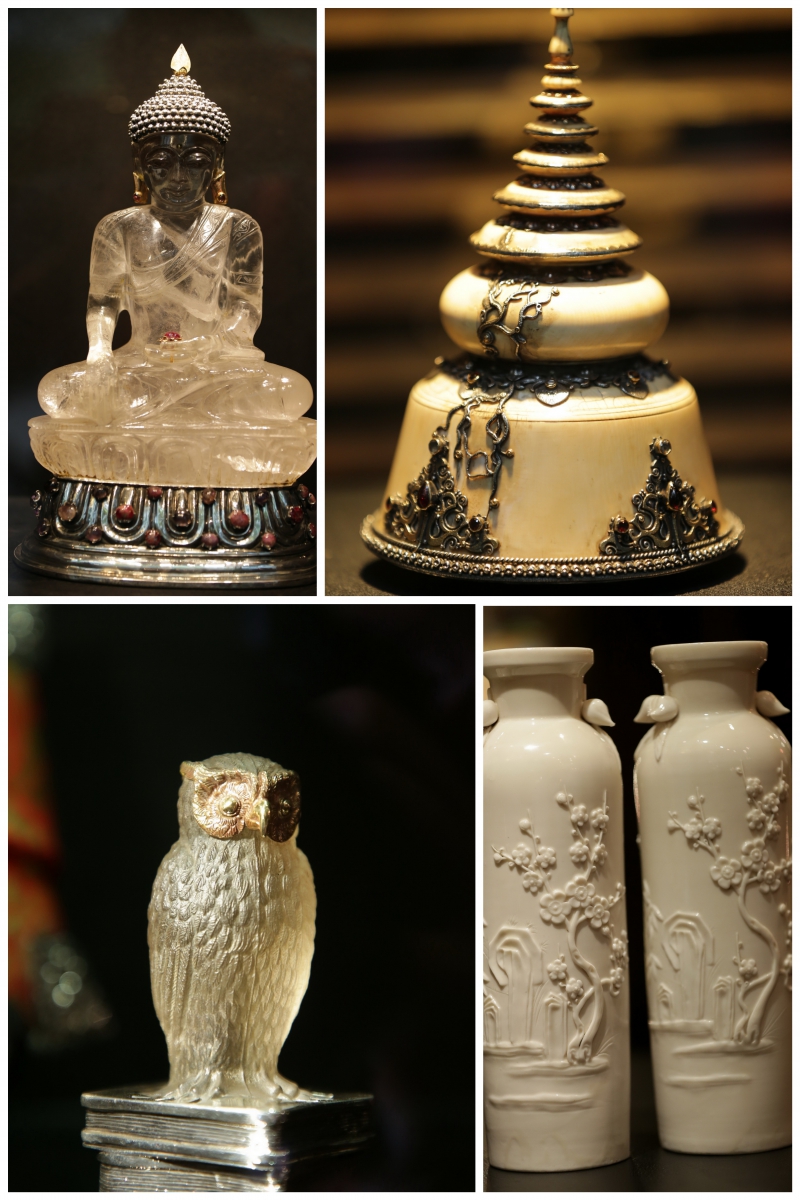 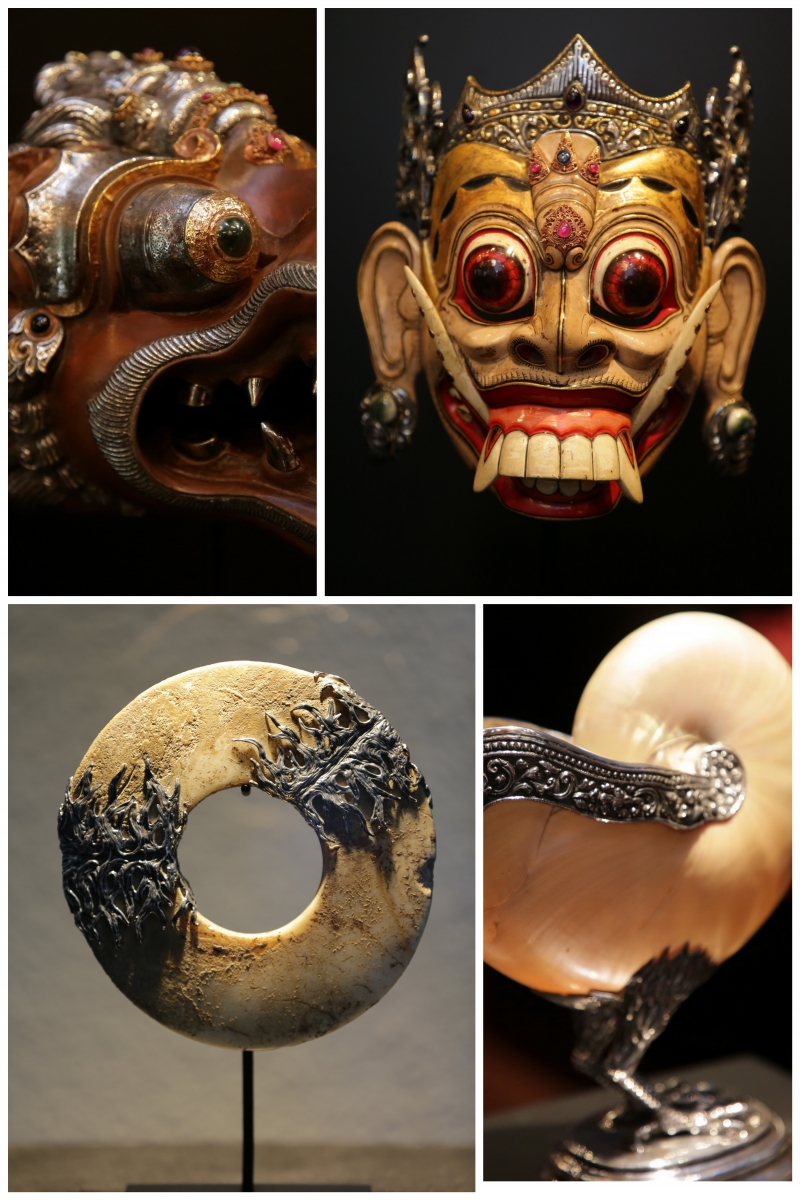 Mr.Ralf Ohletz is from high-class German family and the heir of the Count of Plettenberg. He was born as a member of noble family which held the position of advisor to the Emperor of Germany in the past. The family owns a castle in the west part of Germany until today. This gave the opportunity for him to experience beautiful arts throughout his life reflecting in his great taste for art. His sharp eyes and great taste followed him everywhere he worked and traveled in Asia where he got to know numbers of very talented artists. His collective items can be compared to “Cabinet of Curiosities” which is the collection trend that is beautiful and unique of European noble families in the 18th century. The colonial era results in numbers of unique art from the east being presented to the eyes of the westerns such as seashells, coconut shell, animal bones and antlers which has been sought off by the wealthy people in the west for their palace decoration for their guests to witness and admire and to create one of the most entertaining topics with the guests. Moreover, he also uses his own creativity to mix with art works in each country resulting in unique work of art that truly reflects his own self. The highlight items from the exhibition are as follow: Obelisk: A Monument of Egyptian Grandeur: Egyptian obelisks ARE tapered monolithic pillars, carved from a single piece of Brazilian Rock Crystal. Rock Crystal is a rare and unique quartz crystal mined in Brazil, where each Crystal is hand cut and hand polished. It is unique in in a way that it is extremely difficult to match the colors and the shades of the crystal during its mining and also there is a lot of breakage during the cutting and polishing process. These are the considered top quality Rock Crystals. The Obelisk symbolizes Solar rays that penetrates the clouds and disperses negative forces that accumulate in the form of storms. It brings Sun and light into the lives of its owners. The word “obelisk” in the Greek language refers to a prong for roasting and indicates protection, defence and stability Pair of Blanc de Chine Vases (17th–18th Century): The vases have applied decoration of peach fruits at the neck with a garden scene of plum blossoms and bamboo.  The peach has been a symbol of Chinese art and history for centuries and associated with Shou Lao, the god of longevity.

Although the vases have the mark of Xuande (Hsuen Te) Period of 15th Century, the certification believes it to be of a later date, possibly the Kangxi period (1662-1722), wherein the Xuande mark was known to be copied out of respect.

Khmer Baphuon 11th–12th Century: Khmer Baphuon 11th-12th century, statue of a sitting deity with well polished stone. All statues were lacquered and gilded and these lost the gilding in the earth where they were buried. Coco De Mer with Sterling Silver decorations, including the stand. It has been embellished with Gold Leaf and a Red Stone.

Balinese Mythical ‘Rangda’: A Rangda mask, decorated with Sterling Silver and 20-22K Gold crown, embellished with semi-precious stones and hand painted accents. Rangda is the demon queen of the Leyaks in Bali, according to traditional Balinese mythology. Rangda leads an army of evil witches against the leader of the forces of good — Barong. The battle between Barong and Rangda is featured in a Barong dance which represents the eternal battle between good and evil. Hand–Carved Shell from Ancient Rome: Humans have carved shells for thousands of years and the masters came from Greece and Rome. This shell is an example of ancient quality work. Carved Crystal Objets: Hardstone carving is an artistic carving of predominantly semi-precious stones such as jade, rock crystal, agate and many more for an object. The present exhibition offers visitors a unique opportunity to see a little-known chapter in art history, namely that of carving rock crystal, a technique for which Milan was particularly celebrated in the second half of the 16th century. Due to their value, both material and artistic, these works were only within the reach of monarchs and the highest ranks of the European aristocracy. In their own time these unique works were considered to represent a courtly, sophisticated art form: a “transparent art” of astonishing beauty. Crystal Dawn Owl: A Parisian Dawn Owl, with a Crystal body and the Count added a 22K Gold face. Exhibition :”The Universe of Sirivannavari”